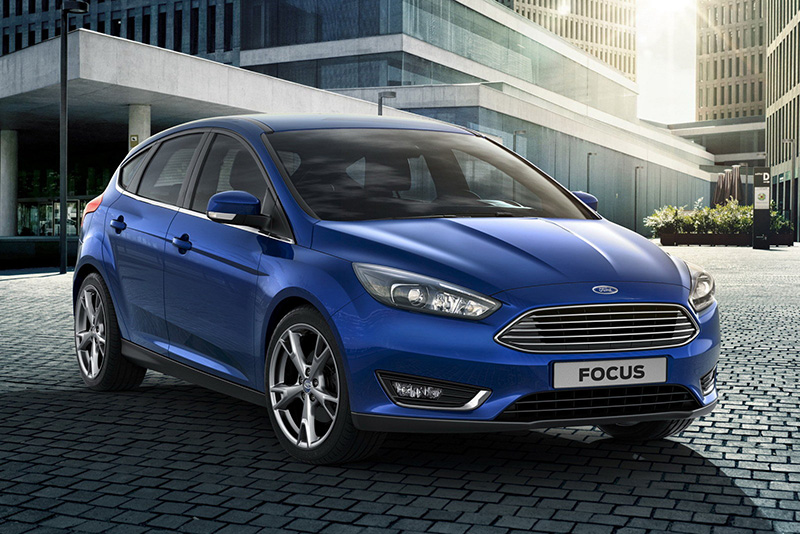 For 2015, Ford has made some mild updates to the Focus lineup, both cosmetically and mechanically (compare 2014 and 2015 models here). Ford says the new Focus has a new optional engine, new suspension tuning and more sound insulation for a quieter experience. The last Focus we tested wasn't a favorite of ours due to the behavior of its dual-clutch automatic transmission. Has the new model righted those flaws in an otherwise pleasant compact car?

Exterior & Styling
The latest Focus has been a winner in the styling department in both hatchback and sedan forms. The update for 2015 improves on that, but the changes are subtle. The headlights and taillights have been revised to have a more horizontal orientation, ostensibly to give the car a wider look. What it does most successfully is mimic the larger Fusion sedan, to the point that many people confused the Focus sedan I tested for a new Fusion. With both the 17- and 18-inch wheels on the three test models I drove over the course of a week, the car looked sporty, vaguely European and attractive in both body styles.

Despite the fairly high horsepower number, the four-cylinder feels poky and sedate, even when rowing through the manual transmission's accurate stick-shift gates with aggressive intent. The reason it feels slow becomes apparent when you step into a car equipped with the dual-clutch automatic transmission. That transmission revs the hell out of the engine even under light acceleration, keeping the engine in its powerband and providing a considerably more peppy experience. It doesn't feel as sporty or quick as a Mazda3 or Kia Forte, but it is an improvement over the the manual transmission model, and the PowerShift dual-clutch automatic's new tuning has all but eliminated the weird shifting behavior we so despised in the 2013 Focus we tested. It almost feels like a normal automatic transmission now — at least enough that the complaints that plagued the last one should be largely absent now.

The most surprising model, and the one I would personally choose, is the SE with the new 123-hp, turbocharged 1.0-liter three-cylinder with a six-speed manual transmission. That transmission is an extra-cost option in the SE model only and is meant to boost fuel economy. While it's down 37 hp versus the base 2.0-liter engine, it feels stronger thanks to its turbocharger. It pulls strongly in just about any situation, accompanied by a throaty growl that's unique to engines with odd numbers of cylinders. The six-speed manual is precise and light, and combined with an equally pleasant clutch pedal, it makes for a car that's a lot of fun to drive.