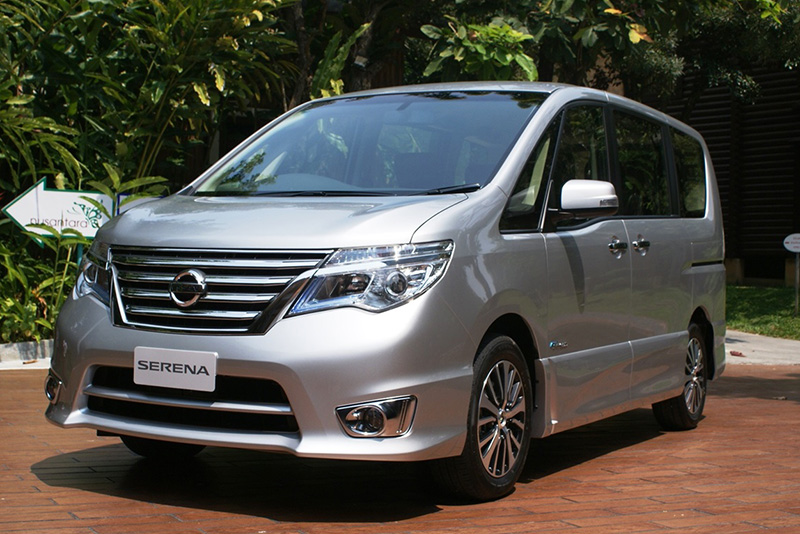 We are not going to even pretend that the Serena is in anyway attractive or even pleasant to look at. It is at best purposefully practical and at worst outright awkward, an impression given no doubt by the fact that it is a vehicle that is taller (1,865mm) than it is wide (1,735mm).

Besides affecting its stance and also contributing to its exceptional headroom, the Serena’s tall height has another less mentioned consequence – a long tail gate, one which you need to give allowances for when you reverse park. Leave at least a meter of space if you plan to load and unload things.

One positive thing we can say about its appearance is that the revised fascia of this facelifted model looks significantly more upmarket than its predecessor. We like that it resembles the Elgrand, a vehicle which we regard as an excellent premium MPV.

You win some, you lose some. In the Serena’s case, that rule applies in the sense that for its less than pleasant proportions, you get a cabin that is spacious enough to be a small apartment. Whether you’re seating seven for a day’s outing or five with luggage for an outstation trip, you’re not likely to get complaints of cramped accommodations. That generous space is further maximized by its easily configurable seats and properly flat floor.

Those of you particular about interior cleanliness should be mindful about one thing though – the middle row seats slide forward and aft on floor-mounted rails, and to avoid getting the mechanism stuck, the floor mats are configured to match the rail patterns precisely and are held in place by Velcro. Be warned that removing and subsequently re-attaching them for cleaning can be a very tedious process, and we are speaking from experience. No faulting Nissan on this though, we can’t think of a better solution either.

Up front, the dashboard is generally praiseworthy for its practicality. There is no shortage of storage spaces, and its controls are fittingly simple for overall ease of operation. Our only gripe is a lack of steering-mounted audio controls, which in the case of our touchscreen-equipped test car, doubly unfortunate, as it makes switching between channels more distracting than it should be necessary.