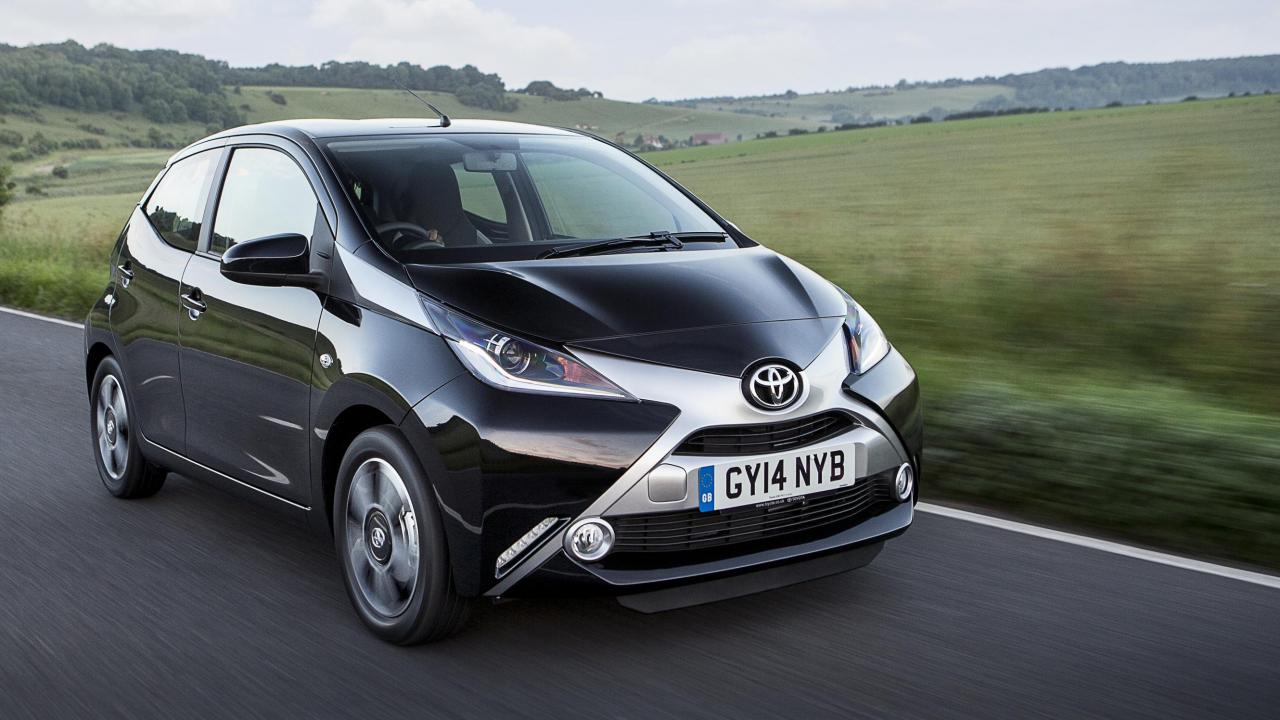 The Toyota Aygo isn’t all that mechanically different from its predecessor, but its looks are refreshingly contemporary with a youthful slant.

There’s not much power or dynamic capability, and while improvements to the sound-deadening make the interior more refined at speed, it’s still some way short of the city car class leaders for motorway driving. Practicality also suffers thanks to the Aygo’s super-compact dimensions.

Yet the latest Aygo maintains the same sense of fun as before, and there are small but worthwhile technical improvements under the skin, including some significant advances in vehicle safety. Plus it’s super frugal, easy to personalise, and well-connected with the latest x-touch multimedia system. So it may only earn three stars from us, but if you like it - you’ll love it!

Our Choice
Toyota Aygo x-play
The original Toyota Aygo of 2005 paved the way for the now-ubiquitous city-car formula. Small, peppy, three-cylinder engine at the front, front-wheel drive, a choice of three or five doors and space - at a squeeze - for four adult-sized passengers.

At the time it was the smallest Toyota to be launched in Europe – the iQ didn’t arrive until 2009 – with production taking place at a new factory in the Czech Republic. At 67kg, its 1.0-litre petrol engine was the lightest on the market, while the Aygo – pronounced igo – won a legion of followers thanks to the lowest insurance group rating in the UK.

Little wonder, then that the first-generation car did this so well that it remained on sale virtually unchanged for nine years - and even the new model didn't tinker too much with this accepted formula.